If you are in the beat lease game, then type beats are your bread and butter beats which pay the bills and today we are making a 6ix9ine type beat. By deconstructing a few currently popular artists, I want to give you a basic overview of how you can create type beats effortlessly.

We get a lot of questions how to make type beats and to be honest, it’s not overly complicated. The best way to start is by listening to the sound and timing of individual elements of an existing song by the artist. Rebuild it as closely as possible, then switch up the timing of some elements or the texture of the sounds.

Let’s get started: To know what we need to create a 6ix9ine type beat, we need a reference track of him. For this piece I picked his track Gummo.

First order of business is to set the BPM of the track. The original track runs at 158bpm, so let’s stick to this.

Next I listen carefully for any sounds that stand out.

With all that in mind, let’s try to recreate this track or something heavily inspired by it.

For the gliding sine wave, I loaded up the Theremin’s Journey preset in Omnisphere and traced the melody line by repeatedly listening to and drawing in the notes in the piano roll.

Next I picked another Omnisphere preset, this time a pretty basic squarewave with some reverb and run through a tape emulation for some slight distortion.

If you listen closely, the track also has a sort of texture running underneath the melody, I picked a ghostly rattling loop, because I thought it fits the sinister vibe, but since it’s barely audible, you can use almost anything here.

Another element of the instrumentation is a low string sound. A nic e synthesised string preset does the trick, but I added the octave to each note to fill out the frequencies a bit and make the strings sound more ominous.

Last but not least, let’s add a small fill at the end of 8 bars. I layered a two orchestral plucky sounds to make it punch through. These fills are often the exclamation point in more battle rap style tracks!

A 6ix9ine type beat often has an unremarkable 808 kick – pretty vanilla and not a lot of texture. That’s not a bad thing, the kick is simply not the focus of the track. Instead of snares, I hear a lot more claps in his beats, so I chose a classic 808 clap on the 3 and 7. The hats also comes from the 808 and are mostly straight 8th notes, with a little syncopation to break things up.

The sub is a lightly distorted 808, playing a super simple, but catchy rhythm. Kinda reminds me of Ja Rule’s Holla Holla, but slowed down.

Let’s add the drums to the mix and we’ve got ourself a 6ix9ine Type Beat!

Did you like this breakdown? Should we do more in the future? Let us know! 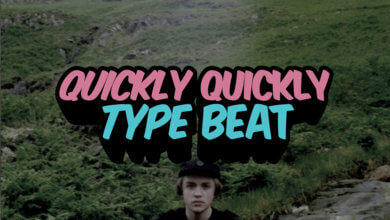 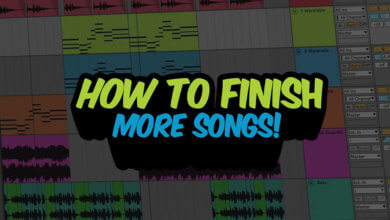 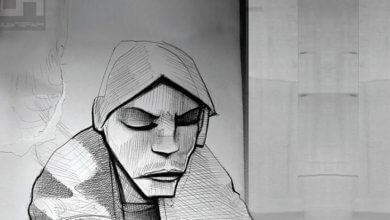 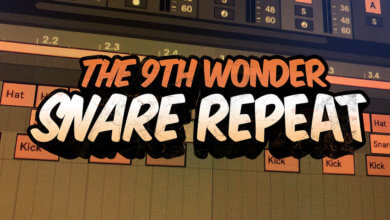