If there’s a trivia about the most-known singer-songwriter who writes narrative songs about her personal life, the answer is definitely Taylor Swift. She’s a beautiful, admirable, and highly talented songwriter who has become incredibly famous in just a few years.

Taylor has demonstrated remarkable growth and versatility in her songwriting and singing. Her music has been well-received, and she has won multiple awards at prestigious award ceremonies.

If you like Taylor Swift, you may enjoy these seven things about this successful pop star you probably weren’t aware of.

Swift’s tenth studio album, Midnights, was released last October 2022. The album received the most streams in the history of Spotify, a popular music streaming service, just one day after its release. The electronica-styled album also sold the most copies faster than any other album so far this year. Now her next tour is just around the corner!

Taylor named her upcoming tour: ‘Taylor Swift The Eras Tour,’ as it’ll highlight her journey through her career’s various musical eras.  She also revealed via Twitter that the first leg of her tour would take place in stadiums across the US, with the announcement of the international dates to follow. It was even speculated that the Taylor Swift Australian Tour schedule would be near the end of 2023 or the beginning of 2023.

If you’re planning to see her perform her album live, be sure to buy your tickets from reliable ticket merchants!

02. She Has Collaborated With 29 Artists

Taylor Swift is already a fantastic songwriter, but she’s also a natural collaborator, having performed numerous duets over the years. Her records did well because of her heartfelt collaborations with superstars, which gave everyone all the feels! She’s worked with Zayn Malik, Shawn Mendes, and Kendrick Lamar, as well as bands like Boys Like Girls. So, which Taylor Swift collaboration was your favorite?

Taylor is crazy about cats. How so? She appeared in the musical film ‘Cats.’ The music video for her song “ME!” featured her adorable feline friends. Since her cats are always in the room with her when she records music, she dubbed her home recording studio Kitty Committee Studios. And lastly, Taylor decided to adopt her third cat after being smitten by its purr. Simply put, she  loves cats so much!

04. Taylor Swift Is Afraid By The Idea Of Being Inked

Generally, while most celebrities and people enjoy getting tattooed, this country girl doesn’t! She is horrified at the prospect of getting a tattoo! In an interview in 2012, Swift stated categorically that she had no intention of ever getting a tattoo. ‘I don’t think I could ever commit to anything permanent,’ she said.

05. Her Biggest Fear Is Violence

Like everyone else, celebrities have fears as well. In previous interviews, Taylor Swift revealed that she fears sea urchins, being falsely accused of a crime, and not ending up happy. But those aren’t what scares her the most. Her greatest fear is violence, either toward herself or toward her fans.

Since the terrible bombing at the Manchester Arena and the shooting at the Las Vegas concert, she was too scared to go on tours because she worried about her life and the lives of her fans. She does everything she can to keep herself and everyone she cares about safe.

06. Fans Deem Her Late Grandmother To Be Her Ancestral Twin

Taylor’s ancestry is musical. Her mother’s maternal grandmother, Marjorie Finlay, was a talented opera singer. She resembles her so much that fans believe she is her late grandma’s ancestral twin! On her ninth album, Evermore, the 33-year-old wrote a moving song called ‘Marjorie’ to tribute to her late grandmother.

Her latest album, Midnights, is still breaking records worldwide. It’s said that the album has sold more than 6 million album-equivalent units around the world in just two months. Midnights has broken the 1-million physical album sales mark for the first time since 2015.

Taylor is truly one of the most successful musicians of all time!

Taylor has always been a genius in the music industry and has made a name for herself. Her ability to captivate audiences is unmatched, whether she’s performing in front of a packed concert hall or dancing with a single person. It would be unthinkable not to be a Taylor Swift fan. If she does perform near your city, your best bet is to purchase tickets immediately! 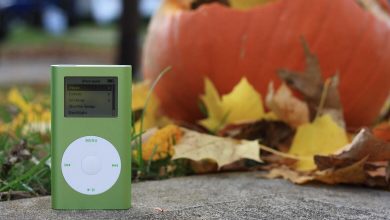 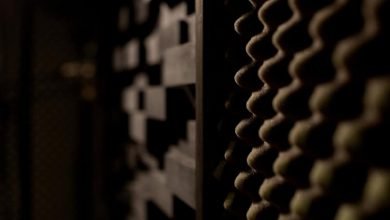 How to Soundproof a Room With Acoustic Foam Panels 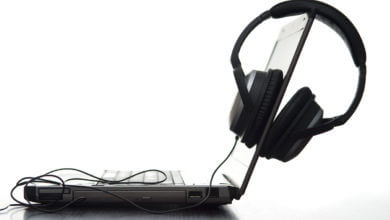 How is music important to a student?