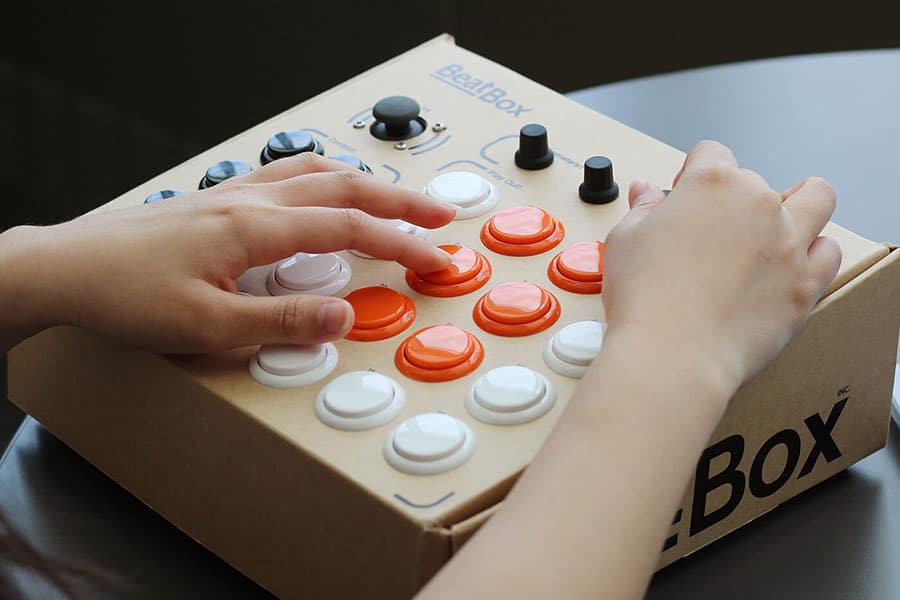 BeatBox Drum Machine made out of Cardboard

This one looks sick! BeatBox Drum Machine is a DIY project created by Texas-based startup Rhythmo. He is about the the product on Kickstarter and will be looking for supporters!

The obvious difference to most drum machines is its DIY format – you’ll have to assemble the drum machine from scratch. While it can be a pain for some, I think the feeling of building an instrument by yourself will make it a go to piece in your studio quickly! According to company, it should take you approximately an hour to put Beatbox together, so it’s not more taxing than an IKEA Kallax shelf.

The BeatBox Drum Machine will come with an iOS and Android-compatible app that Rhythmo says will aid in both practicing and recording beats. The startup also claims that this app is likely to be compatible with production software such as GarageBand, Ableton and FL Studio. Here’s a snippet of BeatBox’s sounds:

BeatBox’s retail price is reportedly $150. It will launch on Kickstarter on 3 September. If you want to snag one, sign up for more updates here.