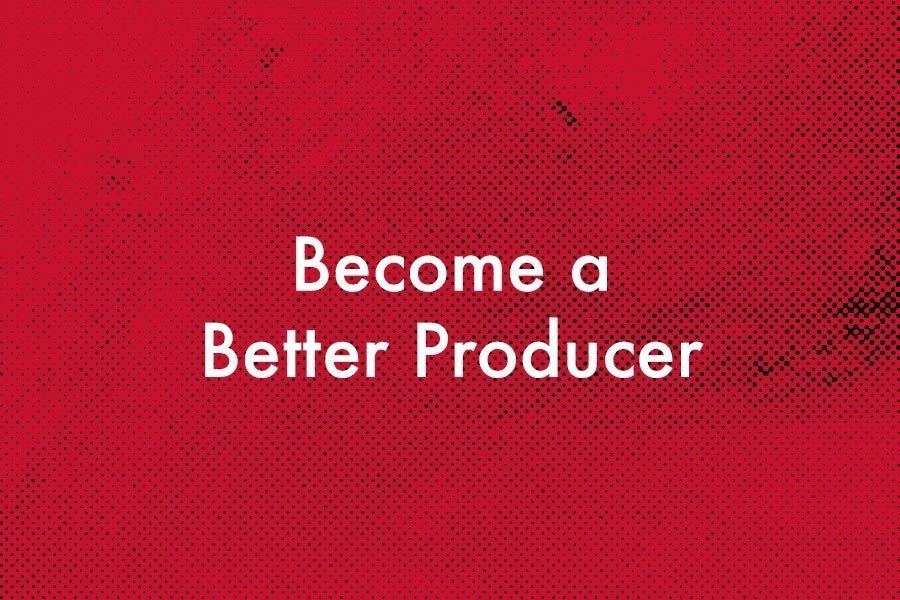 There’s thousands of producers, millions of beatmakers, but only a few super producers. While a lot comes down to being in the right place at the right time, there’s things you work on, so when the chance of moving up the career ladder presents itself to you, you’re ready for it! Become a Better Producer!

Wrap your head around music theory

You must know the rules, in order to break them. It’s not about limiting your creativity – actually the opposite is true. You’re beats will sound coherent to the listeners, nothing is out of place. Once you grasp the principles of music theory, you don’t need to chase down the right notes for your bassline, you simply know which notes sound good or which bass rhythm complements the rest of the beat. You’ll selectively apply to tension and release to keep the four bar loop interesting. It’s like adding another dimension to your production game.

In the beginning try different DAWs, plugins, etc. Once you find yourself going back to the same pieces of equipment, narrow in on them and learn them in-depth. The last thing you want is to read the manual to see how you can make the sound you want to hear. You need to be as fast as humanly possible in getting your ideas out of your head and into your DAW. Also, keep a meticulously organized sample library so you have all your go-to sounds at your fingertips and learn keyboard shortcuts of your DAW to fly through the production process.

Most top producers can hold their own at at least one instrument of their choice. You don’t need to become a keyboard master, but good enough to lay down muscial ideas and phrases without stumbling to find keys. For any expert work, you can also enlist studio musicians, but in order to tell them how to play whats in your head, you need to be able to speak their language and learning instruments will go a long way.

Open your ears to new influences

Being a boom bap producer that only listens to 90s boom bap will make your sound very stale and predictable. Try broaden your horizon and listen to other music. Then choose some favourites and pick them apart. Find things to incorporate things into your production. This way you’ll create a unique take on the boom bap sound. This can be the choice of sounds, the arrangement or samples. There’s no right or wrong in music, don’t be afraid to step off the beaten path and experiment. Pharrell had the minimal beats with snapping drum sounds, Kanye started the sped up soul samples, Timbaland the crazy percussion work. What’s you’re signature style gonna be?

Try working with somebody who is already an established producer to become a better producer. Working with him or just being bale to see him work in the studio will greatly speed up the learning curve of getting to the super producer status. If you respect them in their studio routines, they will take time to critique your music and sometimes give you golden nuggets of advice that come from years of experience as producer.