Here’s an updated list of the Best Reverb VST plugins that you can get online!

Famed for their complex multi-effects, Eventide have won praise for their lush reverb algorithms.

In the 1980’s, reverbs started appearing which transformed the music of the day, creating signature sonic textures: gritty, digitized, and unrealistic…   Suddenly a snare could blossom, for a moment, in a vast, digital hall before — wham! — nothing at all: dead silence. (The classic gated snare.) Or a synthesizer could surround itself with a dark ambience. The good guys at Goodhertz brought that sound back to life, and better than ever.

Megaverb is as much a recreation that captures that iconic sound of the 1980’s as it is a modern piece of precision engineering that pushes that sound further, opening up your music to a world of sounds that those early digital reverbs could only imagine.

Altiverb 7 is a convolution reverb with samples from real spaces to create relistic reverbs. You can pick from an airplane cockpit all the way to the Sydney Opera House. The price is prohibitively expensive, but it’s the industry standard for a reason…

ValhallaVintageVerb inspired by the classic hardware digital reverbs of the 1970’s and 1980’s. ValhallaShimmer on the other hand is an algorithmic reverb designed for those big sounds, from concert halls to the Taj Mahal to the Halls of Valhalla

Superb allrounder in the reverb category, which sounds natural and sits great in mixes. Compared to some other options, the controls are very intuitive, so it’s a great starting place if you are not an expert reverb user yet.

What should I say about Abbey Roads that you don’t already know. This reverb plugin is modeled after the four legendary reverb plates at Abbey Road Studios. They were used on recordings by the Beatles, Pink Floyd, Radiohead and many others.

Ratshack Reverb is a detailed model of that classic of classics, the Realistic Electronic Reverb. As anyone who has owned this unit knows, it was actually an analog delay, not a reverb at all, and Audio Damage has done their best to exactly replicate the sound and quirks of the original. They have even modeled the distortion that occurs by running a line signal in to the mic inputs! Now, you can have the sound of everyone’s first analog delay unit, without ever having to change batteries!

One a tight budget and want some free options?

A decent reverb processor is a must have in any studio, which is why every DAW worth its salt has at least one built in. Nonetheless, it never hurts to have options, so Togu Audio Line’s TAL Reverb- 4 is well worth downloading.

Freeware algorithmic reverb for professional music production applications, and implements a kind of “classic” stereo reverb algorithm, the result being a very clear spatial image that blends well with the mix. It allows you to achieve reverbs ranging from plate reverb to room reverb and hall reverb sound. OldSkoolVerb works best with vocals, piano and pads.

Undoubtedly one of the strangest, most creative plugins on our list, u-he’s Protoverb is, as you’d expect, a reverb plugin. Based on a new idea, the algorithm simulates resonances in the body of air, rather than simulating reflections.

A popular free reverb released years ago, and still rivals the quality of the best commercial reverbs. Ambience was previously a commercial product, but now is completely free and available for instant download. With a big library of factory presets and plenty of customizable parameters such as reverb gating, decay, shape, eq and damping, this free reverb plugin is a must.

A close reproduction of Alesis Microverb cult digital reverb unit. Like the hardware, it has controls for reverb type (large & small), reverse and gate. You can also adjust input, mix and output amounts.

An unusual reverb unit with realtime LFO-modulated parameters for crazy reverb effects, including parameters to entirely warp, mutate, and scratch the reverb. This free reverb VST plugin is perfect for creating sound effects, ambiences, but also evolving pads and backgrounds. 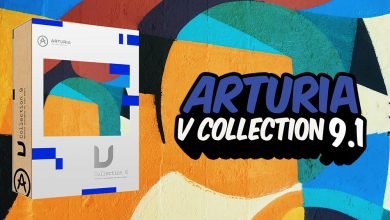