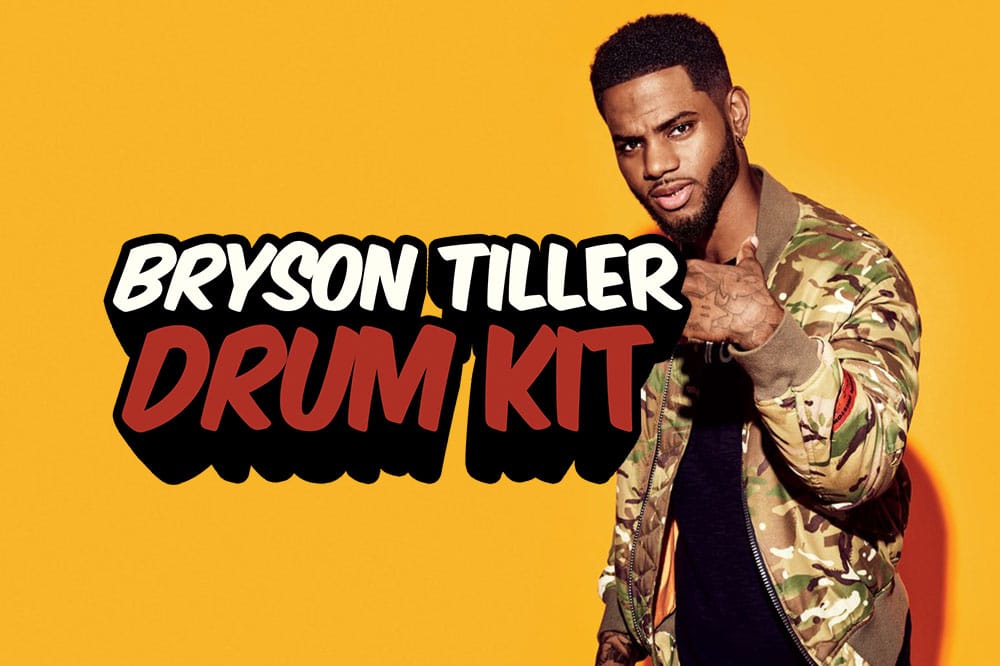 Bryson Tiller Drum Kit comes with all the drum related ingredients you need to cook up a vibey trap soul beat. Inside this free drum and midi kit you’ll find mostly one shot drum samples, but have packed in some hihat and bassline loops to get you going. Expect to find deep 808s, crunchy hats, thumping kicks, vintage drum fills and more inspired mostly by the sounds of Bryson Tiller. Also included in this kit are MIDI loop files covering melodies, 808s, kicks, snares, claps, hats and numerous others for you to experiment with.

Info: Bryson Tiller is an American singer, songwriter, and rapper. Born in Louisville, Kentucky, he started his career in 2011, releasing the debut mixtape titled Killer Instinct Vol.1. Tiller initially gained notable recognition following the release of his debut single, “Don’t”, which peaked at number 13 on the Billboard Hot 100. The record’s success led to a deal with RCA Records and he released his debut studio album, Trapsoul in October 2015, which reached number eight on the Billboard 200. Bryson Tiller Drum Kit tries to capture this sound. The album’s second single “Exchange” has peaked at number 26 on the Billboard Hot 100 and earned him a Grammy nomination. In March 2016, Tiller received the key to the city from Louisville Mayor Greg Fischer. In the same year, he won two BET Awards for Best New Artist and Best Male R&B/Pop Artist. In May 2017, Tiller released his second studio album, True to Self, which debuted at number one on the Billboard 200. The album was supported by the singles, “Somethin Tells Me” and “Run Me Dry”. In 2017, he was also featured on the hit single “Wild Thoughts” by DJ Khaled also featuring Rihanna.