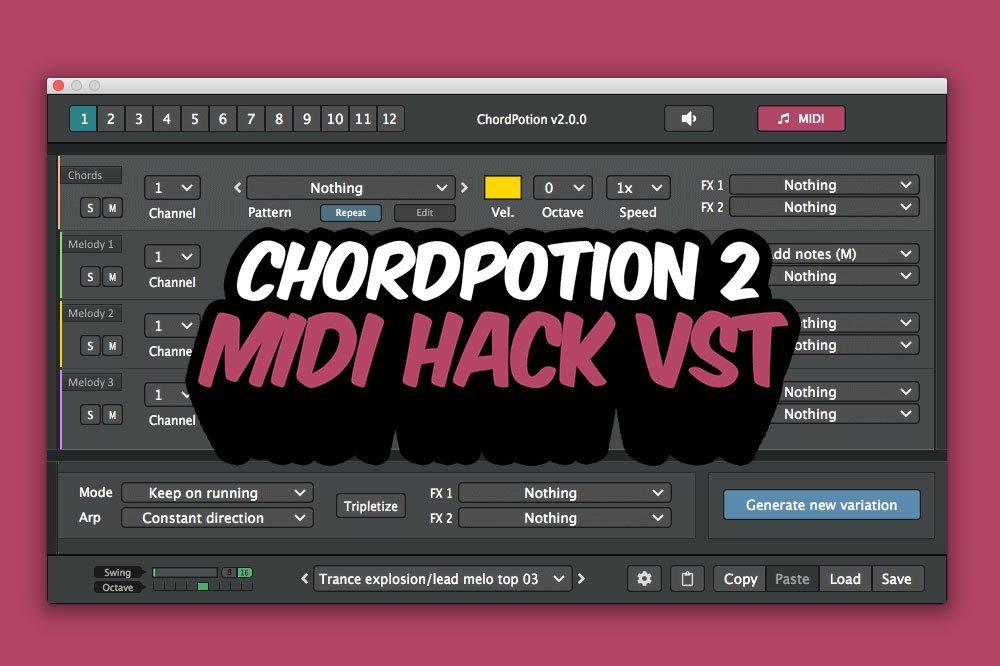 ChordPotion is a composition and performance tool. It can turn any chord progression into new riffs and melodies instantly! The basic concept is simple: You play your chords in your DAW, send them to ChordPotion, and ChordPotion generates new notes for you that are played on your favorite synth. You can also export the generated notes as standard MIDI files and edit them later on.

The plug-in contains four parallel sequencers. You can create and edit your own sequences from scratch or load one of the many factory patterns to build your own chord transformers.

And you can expand ChordPotion 2 with preset packages to cover even more playing styles, focussed on realistic keyboard presets, picked and strummed guitars patterns and odd meters like 3/4, 5/4, 6/8, and 7/8. Spice up your songs with some arpeggios, basslines, rhythmic chords, or strumming lines.