Image-Line’s Groove Machine Mobile packs quite a punch for mobile music producers and hobbyists alike. It boasts numerous features that are usually requested by producers, so a lot can actually be done with it. Its editing capabilities alone will have you tweaking for hours on end and if you are new to the world of audio production, this app is a great platform to learn on. It might look difficult at first glance, but once you get your head around where to access the features, you’ll be pumping out a bunch of grooves and tracks in no time. It’s worth noting that this app uses a lot of system resources so if you’re using an iPad, try to use iPad 3 and up. I was using an iPad 2 for this review and it buckled under the pressure when I had very little going on in a pattern.

There’s a lot to like here. There are 6 major windows, each dedicated to a specific function which makes it easy to focus on exactly what you are doing at the time. The 10-drumpads have a very quick response as does the 2-tier keyboard, which will allow you to get a better representation of your performance when you play your groove back. The piano roll is resizable a makes it simple to zoom in for more precise edits. The timeline is at the bottom center of the window and is marked with ‘BAR’ counters so you can set the length of bars you want for your patterns. The thing to remember here is:  in order to extend the length of a pattern, you must go to the ‘CONTROLS’ page, select notes and drag them to the length you want. But I’ll go into more detail about the sequencer later.

Don’t let the ‘CONTROLS’ window scare you. It’s simply a feature packed mixer with controls for your volume, pan, effect sends, mute, filters etc. As you touch a control, its parameters become visible in the editing strip to the far right of the interface enabling you edit the respective parameters. This strip is also visible on every window of the app and can be edited at any time. The ‘AUTOMATION’ window takes some getting used to, but is surprisingly powerful. You will only be limited to your imagination, as almost every parameter can be automated and modulated. Along the top of every window, except for the ‘CONTROLS’ window, you will be able to select either the drum channel or any of the 5 synth channels for recording and editing. Changing your sounds can be done by first selecting a category and sound on the top right of the screen and then flicking to the left or right to change the sound. The interface is really well designed considering all of the features that are included.

Groove Machine Mobile really shines in the sequencer department. You know how your beat sounds stiff on some sequencers when it’s played back…not to worry here. The feel of the sequencer is precise but not rigid. It manages to get your beats in time but with a touch of humanization to it, I like to describe it as having a nice ‘lean’ to it. Each of the 10 drumpads can be disabled/enabled and you can vary the velocity of each hit by tapping the lower or upper part of each pad. Tapping on the lower part of a pad will give you higher velocities as the higher part of the pad gives you lower velocities. Seems like it should be the other way around to me, but it is what it is. The keyboard window responds the same to some degree, playing close to tip of the keys will produce higher velocities while playing further up on a key will give you lower velocities. It’s a nice feature to be sure, but difficult to control unless you play in the notes 1-by-1 or slow down the tempo and play that way. There is a pitch and mod wheel to the left of the keyboard and both can be recorded in real-time. The pitch wheel even snaps back to the center when you let it go, the same way a physical keyboard does. And not only does each of the 5 synth channels have send effects, glitch, EQ, volume envelopes, polyphony settings, low/band/hi pass filters and modulation per channel, they also have an LFO per channel. You can select between Sine, Rect, and Saw LFO shapes and assign them to the filter, OSC MOD, frequency, level or pan. The LFOs’ can also be synced to your host tempo. This is a very flexible and powerful sequencer that I think sets the bar high for other app developers. I mean you can delve really deep into it and lose hours having fun with the features.

When you consider how dramatically you can change your sounds, it’s not such bad thing that Groove Machine Mobile doesn’t exactly have a huge sound library. However, the included samples and synths are fantastic! There are drum samples and synths available for many genres of music. The sounds are modern and again, can be edited into something that no one has ever heard before. If sound design is your thing, you will love the ease with which you can modulate and automate parameters. If you just want to jump straight in and start making beats, the sound library, however limited it is, will be more than sufficient to craft a hot, heavy sounding beat.

End of the day…

What Image-Line has dubbed a “Music Production Application”, Groove Machine Mobile is that and then some. It actually has a lot more features than a lot of iPad DAWs. Sure would be nice if they add Audiobus and In-App Audio support in a future update, but for now it’s most definitely worth the price tag. I would also like to see a more comprehensive way of adjusting the metronome volume, because as of this writing, there is no way to do that and the metronome sound they used is annoying to me. It makes me want to hurry up and program a hi-hat just so I can turn it off. But hey….every product is going to have some shortcomings. The good thing for Image-Line is that with Groove Machine Mobile those shortcomings are far and few between. 5/5 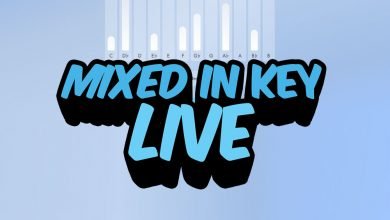