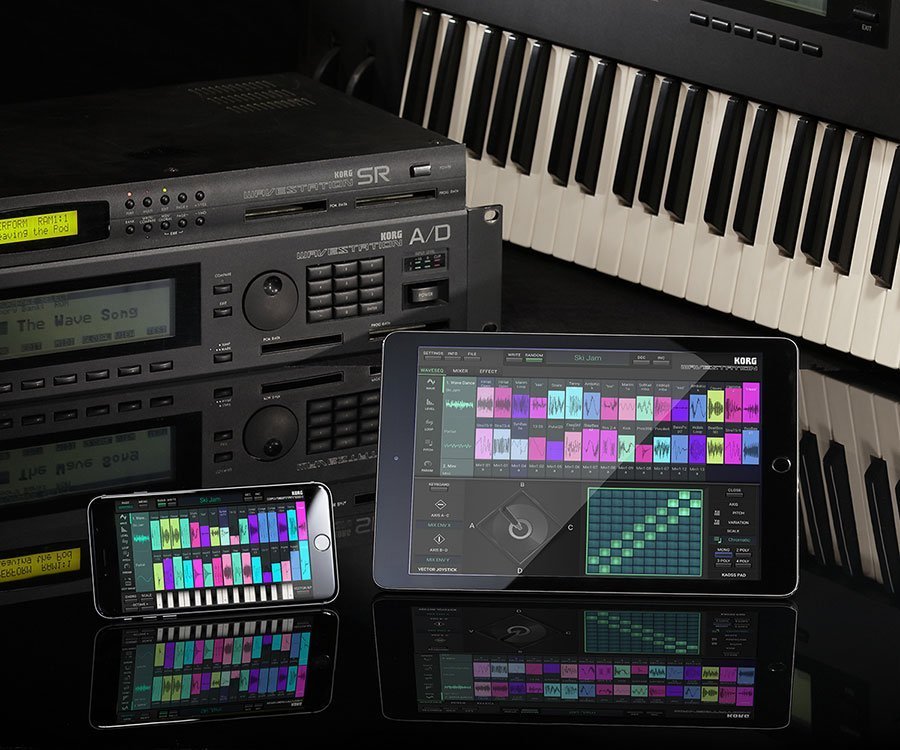 The WAVESTATION synthesizer (App Store Link) by Korg went on sale in 1990. This instrument featured an advanced vector synthesis system which created new sounds by combining and connecting multiple waveforms; it provided a mix/morphing function that let you use a joystick to change the balance of four oscillators, and a distinctive wave sequence function that allowed you to place waveforms in a desired sequence to create sequence patterns. To this day, it continues to be considered a legendary and still-unique instrument. Now in 2016, the WAVESTATION has been reborn as “KORG iWAVESTATION,” an app for iPad/iPhone.

In addition to completely reproducing the programs, it also features a renewed design that lets everyone experience the stupendous sound-shaping potential of the WAVESTATION. It features touch-based operation that’s distinctive of iOS, in conjunction with a new graphic interface that allows you to visualize and edit the time-varying timbral changes that are distinctive of the WAVESTATION.