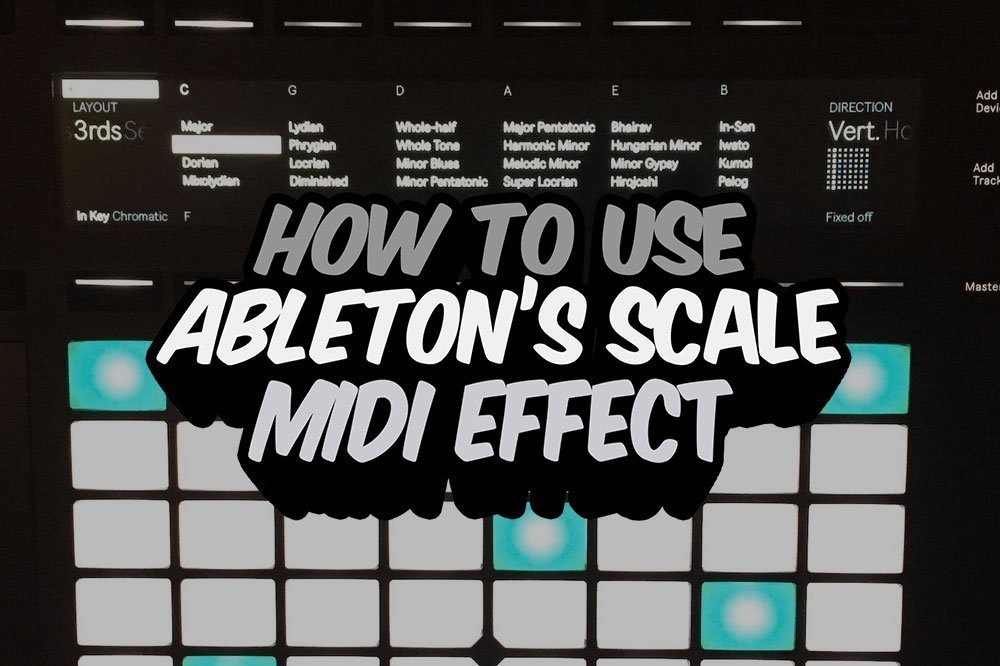 MIDI Effect Tutorial: How To Use Ableton’s Scale

Ableton’s Scale is a powerful MIDI effect that allows you to constrain every note on your keyboard to a specified scale. For example, if you wanted all of your keys to play only notes within an A minor scale, Ableton’s Scale can do this.

In this tutorial we will take a look at how Scale works and map out some of our own scales.

The Basics Of Scale

A full octave of notes runs 12 keys (both white and black) on a keyboard.

Here is what one octave looks like on a keyboard:

In this octave there is the potential for a scale. A scale is a sequence of notes within the octave that fits a musical key.

Below is an example of a C Major Scale:

If a song is in the key of C Major, you could play any of those notes, and it would make âmusical senseâ within the song.

Any of the black keys (sharp/flat notes) would not fit within a C Major scale. This is where Abletonâs Scale comes in.

With Scale, you can make it so that the black keys (sharps/flats) are forced to play the same notes as the white keys. For example; an A# note on your keyboard would be shifted with Scale to play an A note 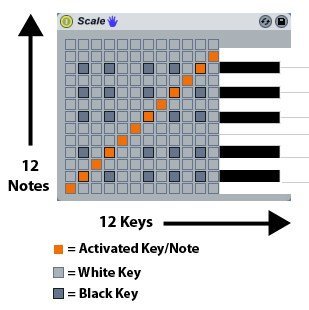 Sure there are doubles of some notes (the A# key plays an A note, as well as the A key), but this means itâs impossible to play the âwrong notesâ in any particular scale.

As a simple exercise, weâre going to force all twelve of our keys to play only C notes. 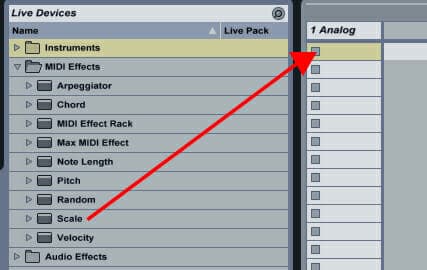 Your copy of Scale should now look like this: 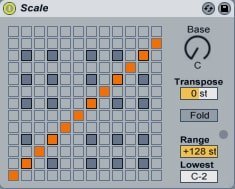 Click to activate each square on the bottom row of Scale. 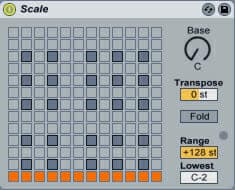 Play some notes on your keyboard. Notice no matter what key you hit, youâre always getting a C note.

The only difference is when you reach the end of 12 keys, it changes an octave higher or lower.

Even though we have a simple âAll C Notesâ scale programmed, letâs change the base of the scale with the âBaseâ knob.

You should only hear C# notes being played. Whatâs happening is that Scale has shifted the âBaseâ of our notes to C#.

Shifting The Key Of A C Major Scale

Lets program a C Major scale (I know there is a preset for this, but learn by doing!):

Your final C Major scale should look like this: 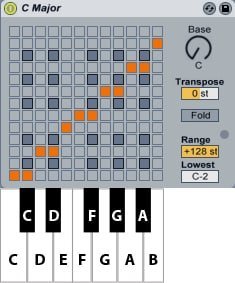 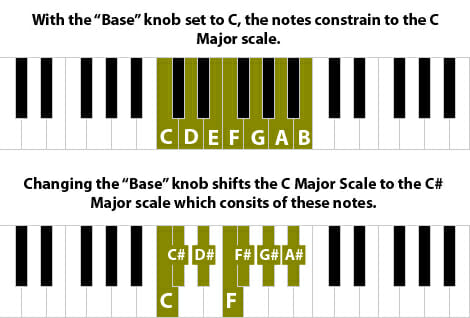 I highly recommend visiting this site which has tons of visual scale charts. Use this to practice programming your own scaled into Abletonâs Scale.

The Other Options Explained

Okay, so you have a grasp of how the basics of Abletonâs Scale works. Letâs dissect the other options that are a part of scale. 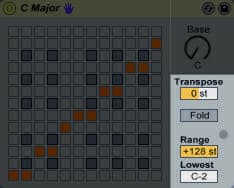 Transpose â Use this option to transpose your performance up a certain number of steps. Similar to the âBaseâ knob, however, this option does not change the root of the scale.

Fold â If a note is six semitones away from the original, this button will shift it down an octave. Say you have a C1 and next to it you have a G#2, enabling fold will shift the G#2 to a G#1.

Range and Lowest â These options allow you to set the range of keys that are affected by Abletonâs Scale. With the Lowest note selected, and a certain range set, you could theoretically map a scale to only a set amount of keys.

As I mentioned before, the more you work with the scale, the better you will get used to it. Not all of use have the time or ability to learn all the scaled on a keyboard.

Abletonâs Scale offers a powerful alternative, and with a little bit of forethought, can be used to create scales ranging from the simple to the exotic!