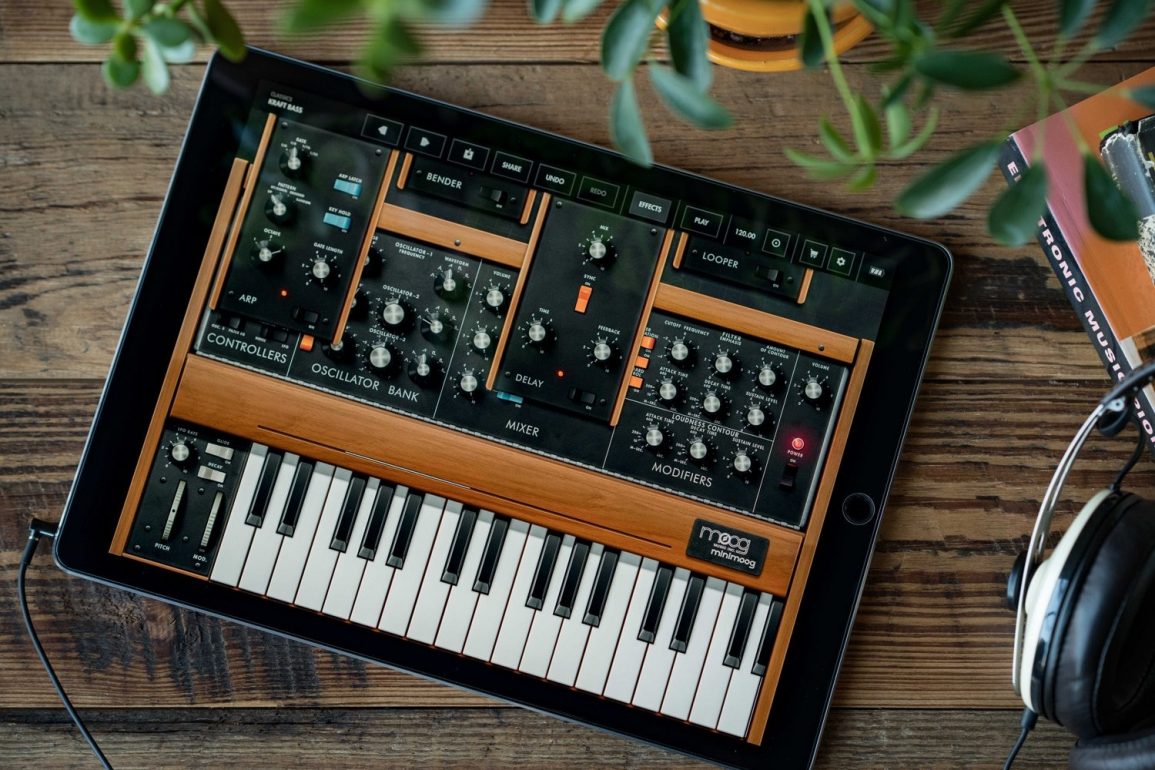 The Minimoog Model D App is a mobile transmutation of the world’s first portable synthesizer, the Minimoog Model D®. Optimized for use on all 64-bit iOS devices, anyone can jump in and play with over 160 included presets or lay fingers to the controls and begin exploring vast magical realms of creative potential.

Taking full advantage of the iOS platform, the Minimoog Model D App incorporates a number of inspiring sound creation tools and capabilities not present on its analog antecedent. New functions include the ability to play chords with up to four-note polyphony, an easy-to-use arpeggiator for rhythmic pattern creation, a real time looping recorder with unlimited overdubbing capacity, a tempo-synchronizable stereo ping pong delay module, and the Bender — a wide-range stereo time modulation effect module.

A BRIEF HISTORY
Introduced by Moog in 1970, the Minimoog Model D served as the archetype for all electronic keyboards that followed. It gave users the ability to design their own sounds, translating imagination into reality. The Minimoog’s portability, affordability and accessibility made it the go-to instrument for musicians looking to expand beyond the traditional sounds of the time. Bernie Worrell used the Minimoog Model D to establish Parliament Funkadelic’s futuristic funk sound. Kraftwerk employed the Minimoog Model D on the successful concept album Autobahn, sparking an entirely new genre. Gary Numan replaced his live band’s guitars with Minimoog Model Ds, creating the prototype for industrial music. The classic sound of the Minimoog Model D can be heard on Bob Marley’s Catch A Fire, Michael Jackson’s Thriller and Dr. Dre’s The Chronic; Detailed in the mini-doc series “A Brief History Of The Minimoog”.