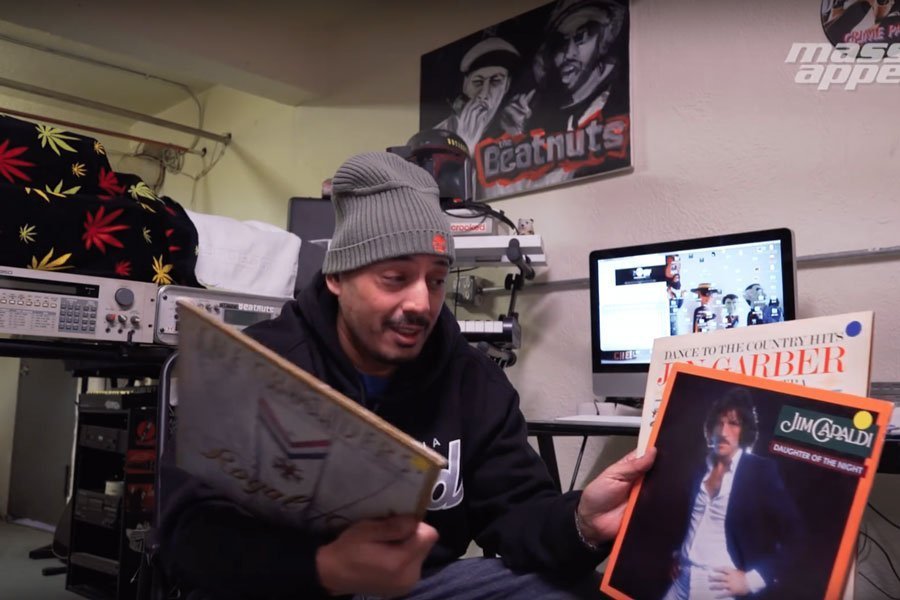 Psycho Les Of The Beatnuts on Rhythm Roulette

Another very special guest on this edition of Rhythm Roulette, Mass Appeal invites Psycho Les of the world famous Beatnuts to chop some random records. The spot he chooses to pick vinyl from is NY Hifi records, where he stumbles across albums from The Crusaders, Jim Caraldi, and Jan Garber. The big winner at the end of a pretty fast process is jazz artist Mr. Garber, thanks to the funky horns of the mid 60’s record.

If the name Psycho Les doesn’t ring a bell, you had to live under a rock for the last 25 years to not be familiar with The Beatnuts! Thanks to their mega-hit “Off The Books” with an extra dope verse by Big Pun, their music was played from student radio all the way to the club, 24/7 ’til the end of the 90’s. This track was taken from the ’97 album “Stone Crazy”, the follow up to the ’94 full-length “Street Level”.

Before signing the first official deal with Relativity Records (They were signed to Combat records for a short period of time), Les & Juju already had landed beats on projects by Monie Love, Common, Fat Joe and many other rappers as well as countless remixes. The first EP came in 1993, titled “Intoxicated Demons”. It featured “Fashion”, an MC who left the group after the second album to start a solo career under the “Al’ Tariq” aliases. This EP is arguably their best work and was well received by the critics at that time.

The most successful release of the entire Beatnuts discography is 1999’s “Musical Massacre”, pushed by another charting single “Watch Out Now“. The beat of this track was “stolen” by Trackmasters and Jennifer Lopez, recreating the same loop for J. Lo’s “Jenny From The Block” in 2002, generating a big controversy on the way.

The Beatnuts continued to release quality music in the 2000’s but never achieved the same commercial success.

Watch the video above to have an insight into the production process of Psycho Les of The Beatnuts.