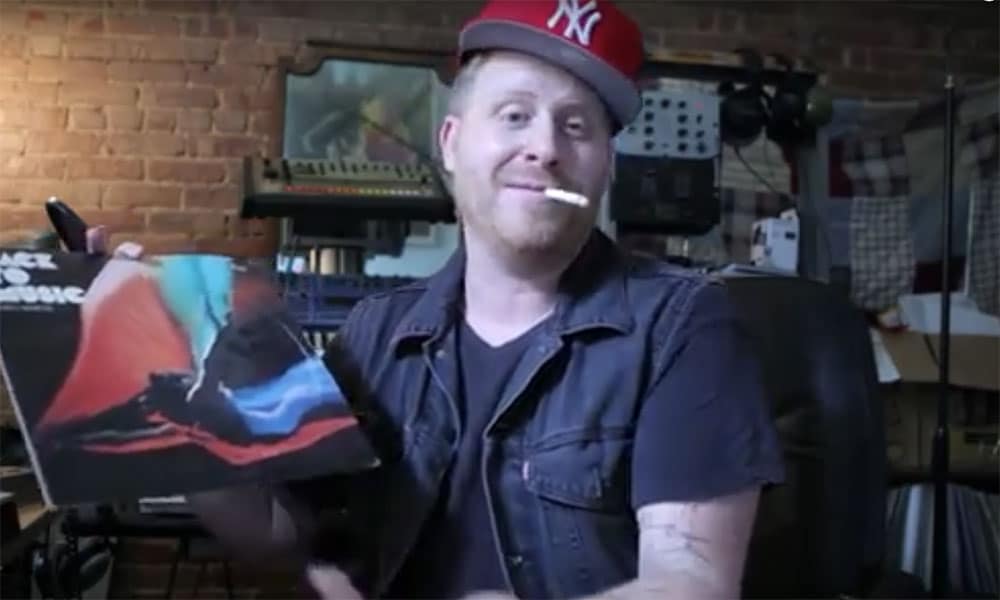 On this episode of Rhythm Roulette, El-P aka El Producto gives us some rare insight into his beat-making process, which has helped him make classic material since 1993.  After picking three random records from dusty old bins, El shows you can create something out of almost nothing, in a similar way he created all his classic Company Flow and solo material.

Starting with his old self-fixed ASR-10, he flipped those eclectic samples into an incredible spaced out banger.  Truly a master at his craft!

El-P appeared in the spotlight for the first time in the mid 90’s as part of the Company Flow trio.  Their album “Funcrusher Plus” got released on the legendary “Rawkus” label and is viewed as an all-time classic by many underground hip-hop enthusiasts. El started the 2000’s by creating his own label “Definitive Jux”, and produced & released tons of music on the way, like the unbelievable “The Cold Vein” LP by the Harlem duo “Cannibal OX” or by artists like Mr. Lif, Aesop Rock, Murs, C-Rayz Walz and others.

The most important and critically acclaimed release of the Def Jux years is without a doubt the superb “Fantastic Damage” album. Entirely self-produced, it includes revolutionary tracks like “Stepfather Factory” and “Deep Space 9mm”.

You can now catch him doing shows around the world with his partner in crime “Killer Mike” under the “Run The Jewels” moniker. What started as a recording session for a song for a KM album ended up being a long and fruitful relationship. They have three LP’s under their belt, all of them praised by critics and fans.

We can say without hesitation that El-P is one of the best beatmaker and producer of all-time. The proof is in the pudding!

Download our Analog Sprinkles samples pack to add some sound effects from analog synthesizers to your own beats, just like El-P does in his productions.