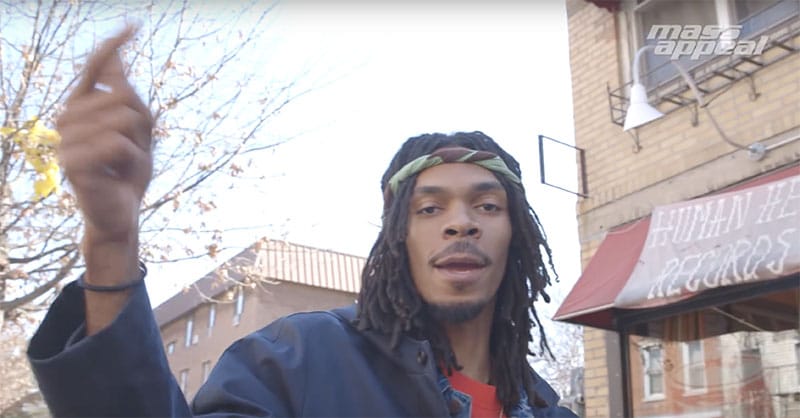 If you’re a fan of the Flatbush Zombies then you’re a fan of Erick The Architect. He is the man behind the dark and sinister sound of The Brooklyn Trio. The rapper and record producer of Jamaican descent has also released several solo projects without his colleagues. We meet him at Human Head Records, where he randomly select LP’s by Diana Ross and Marvin Gaye, Amnesty and The Jackson 5. Despite some technical difficulties, Erick managed to take a chunk of every record to create a soulful but hard beat on his Maschine. Let’s smoke a little something on this one!