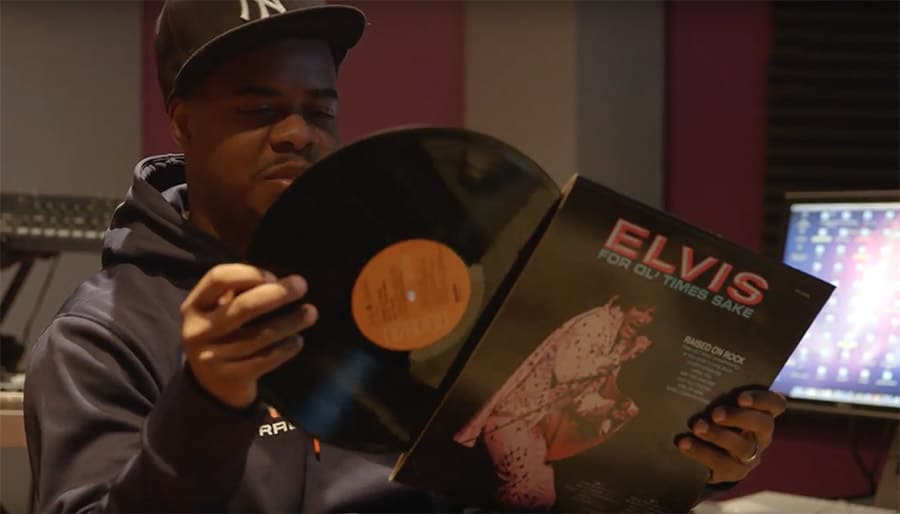 Hi-Tek On The Infamous Rhythm Roulette

DJ Hi-Tek is bringing us first to everybody’s record in his hometown to grab his three records. He gets out of there with Spirit’s Twelve Dreams of Dr. Sardonicus, The Routers’ Superbird, and Elvis’ For Ol’ Times Sake (not his favorite pick of course!). As he expected, the magical sample ends up being on the Spirit LP.  The final result is a soulful but hardcore beat, perfect for your top 5 MC’s. Press play and be amazed!

Hi-Tek made is first appearances as a beatmaker on the 1997  “Doom” album by Cincinnati based group “Mood”. It’s at that time the connection with Brooklyn MC “Talib Kweli” happened, which was the beginning of a long and fruitful relationship.

It’s in 1998 that the “Black Star” LP, the joint project by Mos Def & Kweli, is released. Six tracks are produced by a young but already on top of his game Hi-Tek, with two dope singles, “Re:Definition” and “Respiration”. Him & Kweli go on to form a duo and let loose “Train of Thought” under the name “Reflection Eternal” in 2000. Produced from top to bottom by Tek, it was well received by critics and fans. The single “the blast” made some noise and went up the chart, eventually being remixed with a verse from Erykah Badu.

Hi-Tek got signed after that by Rawkus Records and produced for a couple of projects by the label. He made available his first solo album “Hi-Teknology” in 2001 with features from Buckshot, Slum Village, Cormega and other underground lyricists. Two other volumes of the series came out in 2006 and 2007 on Babygrande records. A reunion LP with Kweli also happened in 2010.

Since then, the Cincinnati beat king produced music for tons of well-established artists and worked closely with none others than west coast legend Dr. Dre and Jamla Records chief 9th Wonder. Hi-Tek is the man!