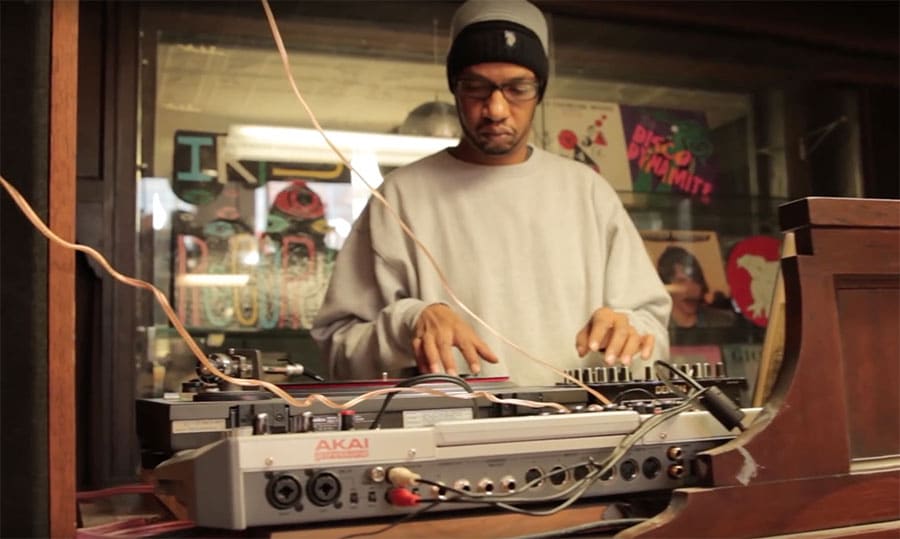 This edition of Rhythm Roulette is blessed by the presence of New Jersey’s own K-Def. The vinyl comes from Irish Records, a shop who happens to have everything set up to create beats live on the spot.  Music by Art Blakey and The Jazz Messengers and Lee Morgan’s gets flipped with ease by the guest who completes the challenge with a nice instrumental that proved how talented he is.

K-Def as produced tons of beats since the early 90’s, but the most classic one is without a doubt the timeless banger “Chief Rocka” by “Lords Of The Underground”. If you are a fan of the golden era of hip-hop and you’ve never listened to this, don’t waste another minute! The complete album was produced by him and Marley Marl and really launched his career the right way.

Have you ever heard the name “Real Live”? This is actually a duo comprised of K-Def and his cousins Larry-O. They dropped an album on Big Beat Records titled “The Turnaround: The Long Awaited Drama”, demonstrating a raw sound appreciated by hip-hop purists.

Most recently, K-Def shared his productions on Damu The Fudgemunk label “Redefinition Records“. The fit is simply perfect since Damu’s sound is reminiscent of what was created in the early 90’s. They both have a tremendous amount of respect for the art of sampling and have a crazy knowledge about all the classic breaks from the 60’s and 70’s.