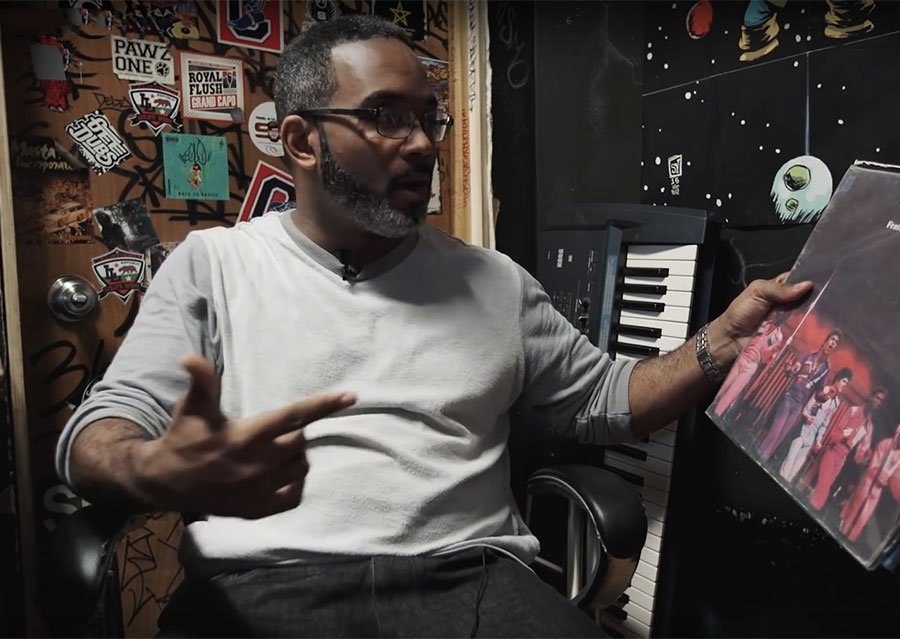 Mass Appeal invites a legend on Rhythm Roulette, the one and only Large Professor.  After blindly taking vinyl from Instant Funk, Harold Melvin and the Blue Notes’ and Shirley Scott’s from the Human Head records bins, he gets back to Goblin studio to cook some fresh heat. With drums playing in the background, he goes through every minute of the three records to make sure he doesn’t miss anything. Extra P decides to go against his usual approach and grab samples from multiple songs for the occasion.

The result is a hard-hitting monster, tested right there on the spot by Queens’ vet MC Tragedy Khadafi. Another proof that Large Pro is one of the best!

His resume says it all, Large Professor has been there and done that! Rakim, Kool G Rap, Diamond D, Pete Rock & CL Smooth, A Tribe Called Quest, Busta Rhymes and tons of other celebrated lyricist have used his talent behind the boards for their respective projects.

He is also well known for being the one to introduce Nasty Nas to the world on the track “Live at the BBQ” from the mega classic 1991 “Breaking the Atoms” album by “Main Source”, his group back in the early 90’s. The Nas collabo didn’t stop there, he landed three beats on what is considered by most the greatest hip-hop record of all-time, the impeccable “Illmatic”.

Large Pro his also good with a mic in his hand, you can hear him on the first Main Source album, of course, but also on numerous features over the years and on his solo projects. The most recent one is the excellent “RE:Living” released in 2015, with tracks reminiscent of the good ole days like “New Train Ole Route” or the superb single “Opulence”.

Press play and watch a master at work!