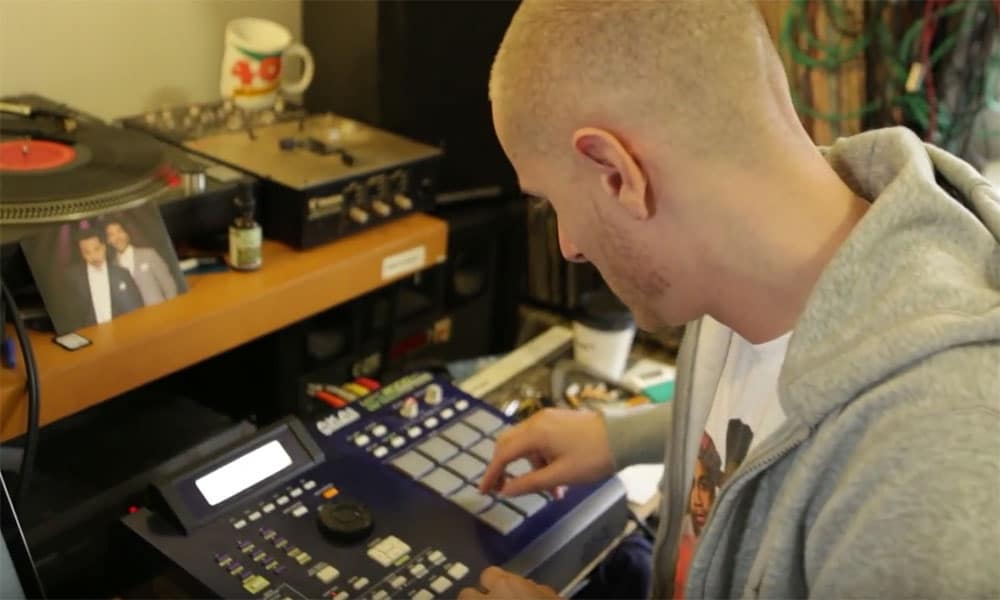 Marco Polo gets busy with the MPC on Rhythm Roulette

This time around on “Rhythm Roulette”, we meet at Brooklyn’s “The Thing”, a second-hand record shop well known for being a crate diggers paradise… or hell… depending on who you ask! The guy we met there is none other than boom bap savior and MPC master “Marco Polo”.

He picks records from the ultra random and eclectic bins and ends up with three unexpected 12″. Sampling bits and pieces of every record, MP chopped the heck out of them in his classic weapon of choice, the MPC2000XL. Although the final result is not totally to his liking, if you ask us, he did some miracle with what he had in his hands! That beat knock!

Marco Polo is born in Toronto but moved to the mecca of hip-hop, New York City, in the early 2000’s. It all makes sense since his production is greatly influenced by the sound of the east coast golden era. After getting a spot on a Masta Ace album, he finds the way to collaborate with a multitude of celebrated rappers, making full albums with the late Pumpkinhead, Torae and Ruste Juxx.

MP released a couple of albums under his own name for the Soulspazm label, with features coming from legends like Buckshot, Lil Fame of M.O.P, Large Pro, Juju of The Beatnuts, Talib Kweli, Posdnuos of De La Soul or Sadat X from Brand Nubian. Around 2010, it seems like he had beats on every album from underground MC’s out of the Big Apple, his sample-heavy hardcore boom bap style of production being more popular than ever.

Marco Polo is still an active producer and DJ, touring around the world with Masta Ace and Stricklin. Catch him in a city near you if you feel like banging your heads ’till your neck hurts. Boom bap 4 life!