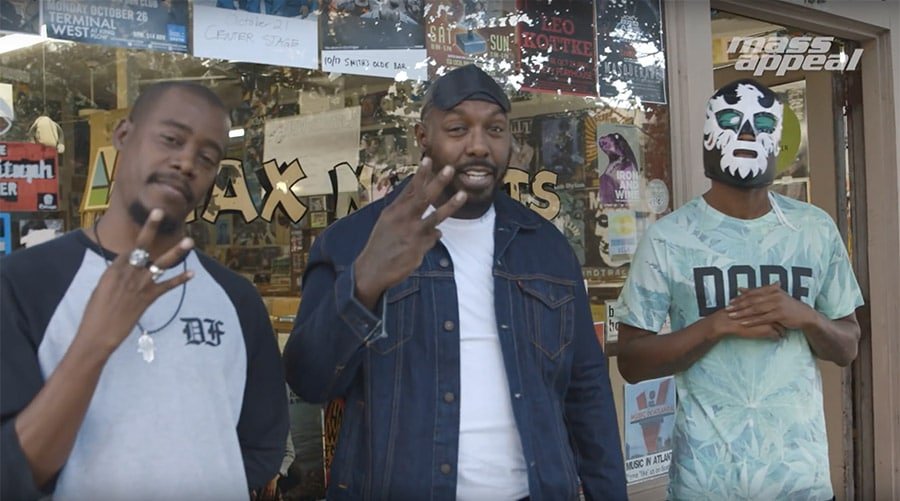 It is without exaggeration to say that Rico Wade, Ray Murray and Sleepy Brown aka Organized Noize are the foundation of Atlanta hip-hop. By creating the sonic bed of the early hits from Outkast and Goodie Mob, they became a big part of the Atlanta takeover of the rap music world.

Even if sampling is not their bread and butter, they tackle the Rhythm Roulette challenge with style and grace! Coming back from the record shop, we connect with ONP at Stankonia Studio to watch them work in the environment where they have created so much wonderful music over the years (We can’t forget about The Dungeon though). With the Four Tops, Thin Lizzy, and Millie Jackson in their hands, let’s say that the chances of finding a nice sample to work with were pretty high! Enjoy the process until Sleepy Brown lays down the bassline and shut sh** down.

Organized Noize’s resume doesn’t stop after Outkast and Goodie Mob, they also created hits for 90’s R&B sensations TLC and En Vogue or Dirty South spitter Ludacris. If you see something under the name “The Dungeon Family”, a collective form in 1993 that includes a bunch of their frequent collaborators and friends, ONP is also behind that.

Still active these days, they released a self-titled EP that includes the participation of usual suspects like Big Boi and Cee-Lo Green as well as Georgia’s MC 2 Chainz. If you want to discover and learn more about them, you can also head over to Netflix to watch the outstanding documentary “The Art Of Organized Noize”. Some of the best and most influential people in the music industry appear to praise their talent and what they brought to the game. If you are curious, you can take a look at this three-minute trailer right here.