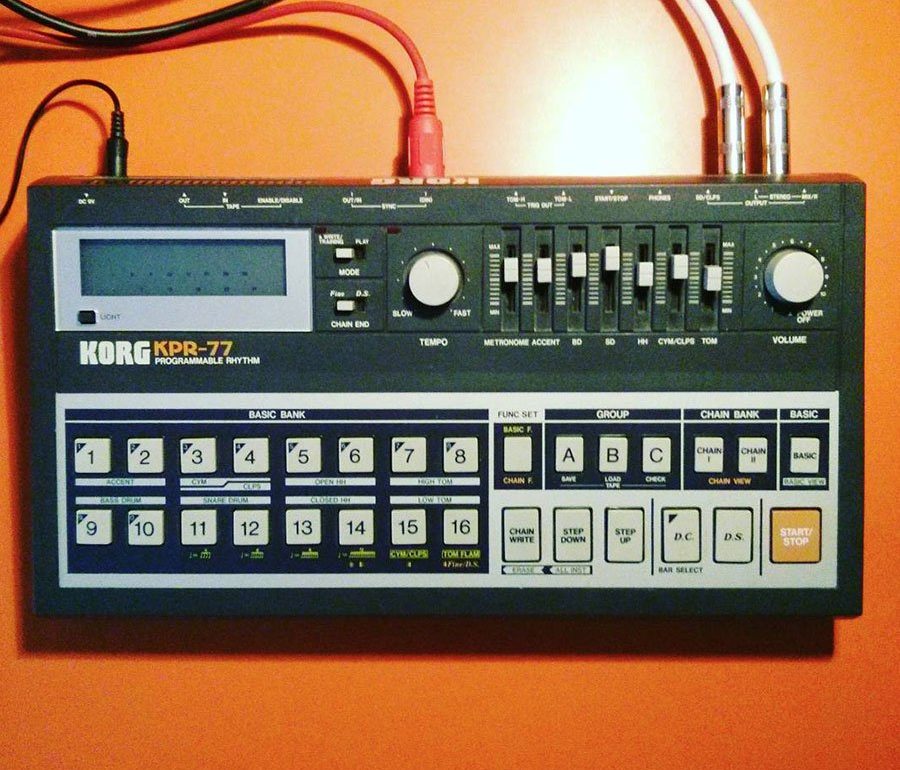 The KPR-77 was originally manufactured by Korg in the early 1980’s and was advertised as a cheaper alternative to Roland’s successful TR-606 drum machine. Tape KPR-77 contains three pre-mapped drum kit patches for use with Kontakt (and above) Battery. Each kit makes use of extensive velocity layering, round robin sample playback and choke groups which in turn capture the quirkiness and expressiveness of the original unit.

Due to the KPR-77’s analogue nature, subtle differences in tone are heard in the sound each time a drum is triggered. This means that no two hits coming from the KPR-77 will sound exactly the same, which in turn makes the overall sound a lot less static and instead, more vibrant and real.

Because of this we felt it necessary to record up to 5 ’round robin’ samples and 3 velocity layers per sound – to help capture the ‘movement’ created by random analogue behaviour!

PS. These drums sound even nicer if you spice them up with some sound FX samples from the Roland Jupiter 8!