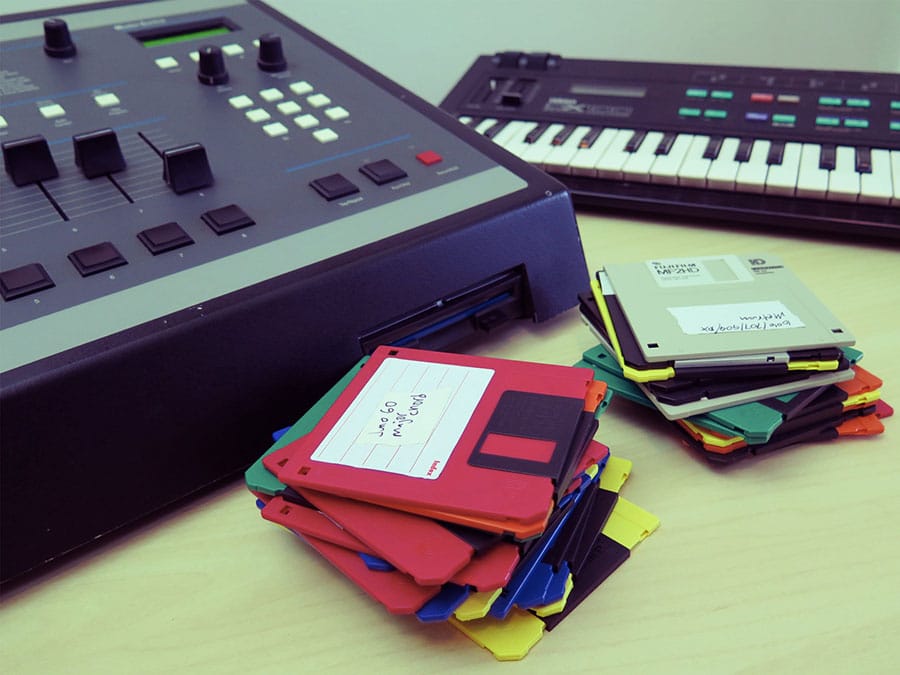 Samples From Mars released a really big library of the most famous (and possibly best sounding) sampler of all time – the SP1200. They multi-sampled the factory SP-1200 drums, other drum machines, vinyl, and even synths into this beast!

The SP-1200 sequencer is as tight as it gets, and doubling the tempo and swinging 16th notes gives you an unbeatable 90s house and hip hop shuffle. Some notable users are RZA / Wu Tang, Outkast, De La Soul, Mobb Deep, Moodyman, Daft Punk, Alan Braxe, and Fred Falke.

There’s a free download pack of the SP-1200 From Mars here and if you dig it, you might want to cough up some cash for the full pack.

The SP-1200 was THE drum machine & sampler combo of legendary status among old school rap and hip hop artists from the eighties and nineties. It is similar to today’s Akai MPC samplers – it is a sampler plus drum machine, but it has very limited sampling specs: 26.040 kHz and 12-bit resolution. However the dirtiness of that sound is great for hip hop and house music. They say it sounds like “old vinyl”… Most notably Pete Rock was a master of the SP-1200 drums.