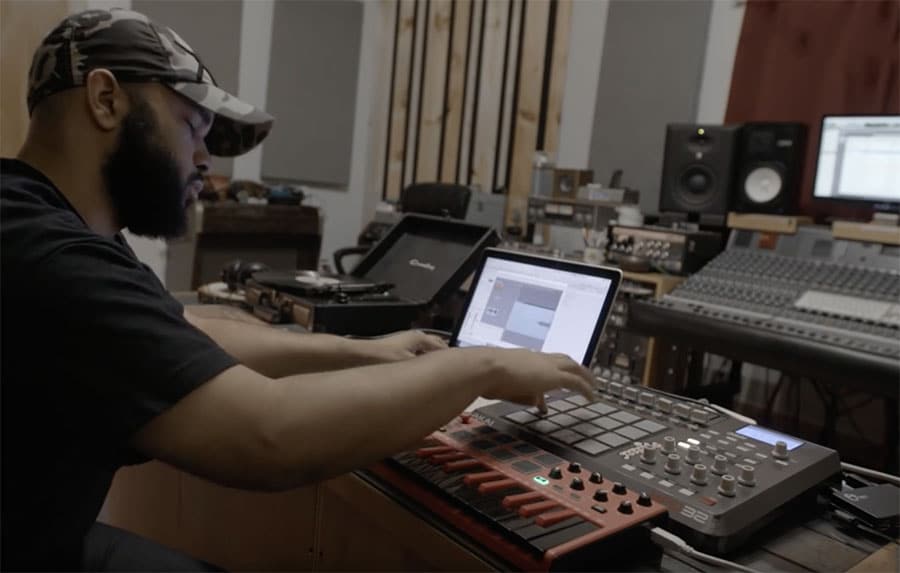 Coming up on the sound of J Dilla and Madlib, Thelonious Martin really found the way to create his own sound, even if he is heavily influenced by his childhood heroes. At only 25 years old, the Chi-City beatmaker already has production credits on music by The Pro Era and Odd Future’s crew, Action Bronson, Smoke DZA and numerous others. You can visit his Soundcloud page if you want to take a listen to his two solo albums, and tons of other dope music.

After complaining to the “record gods” about his pick of the day, King Thelonious finally comes across a smooth track to his liking on the Maxine Nightingale album. That’s when the magic happens, and an incredible beat is created right in front of our eyes. Press play and enjoy!

PS. Check out the whosampled website if you are looking to find some samples like the ones he used.