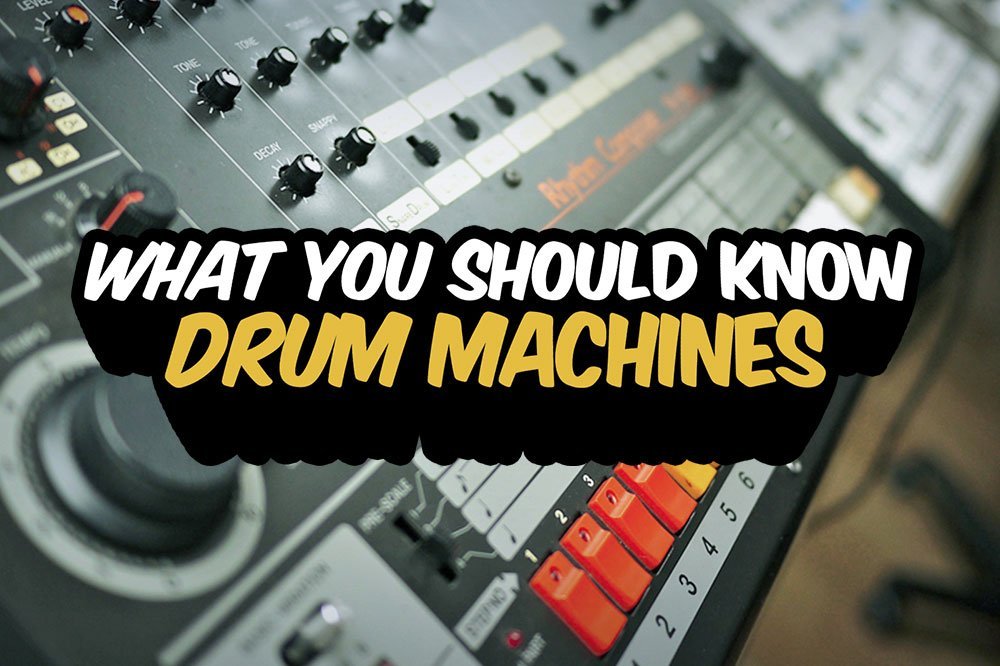 What You Should Know About Drum Machines

If you’re in the process of turning a room in your house into a recording studio, you’re probably going to start getting plenty of advice as to what you should and shouldn’t purchase for your space.

The answer is, yes, you need one. While electronic drum kits still require some basic knowledge of drumming to use, a drum machine allows you to import percussion sounds into your tracks even if you don’t have a live drummer available.

The drum machine is a type of electronic musical instrument. It is meant to mimic the sounds of drums and other percussion instruments. They eliminate the need for a live drummer, making them ideal for those working on electronic music in a home setting.

Typically, they are a box with some sort of keypad. However, there are also computer-based emulators that serve the same function as a drum machine. People use them by tapping out different beats on the pads. Drum machines come with built-in sound effects, though some programmable machines allow you to add your own. They can be used in a range of ways, from playing short beats to complex songs.

Drum machines have a rich history that can be traced back to 1206. While programmable drum machines were introduced in the early 1970s, they didn’t gain popularity until the 1980s. This is when underground artists began to use them as a way to introduce different beats and rhythms into their music.

They’ve continued to be used in popular music and by home artists. In addition to techno and house music, they’ve also been used in rock and pop music. While programmable drum machines were buggy and flawed at first, many changes over the years, such as touch-sensitive pads and simplified control panels, have allowed them to be used by a range of artists.

Drum machines offer different features. As a beginner, you might wonder which features to look for when purchasing a machine. First, you’re going to want to make sure it offers pressure-sensitive touchpads. They are what you’re going to use to tap out different beats. You can also program them to have different sounds.

Speaking of programming, make sure that whichever drum machine you pick allows you to program sounds. Many machines already come with built-in sounds but the ability to further customize the sounds gives you creative freedom. The number of present sounds will vary, depending on the machine. Some have a few as ten, while others have over a thousand.

Studio vs stage use

The type of drum machines used in a studio is different from what would be used for a stage performance. For example, many of the ones used for stage performance have flashy LED lights. While these LED lights might look nice and there is nothing wrong with using this type of drum machine at home, there is really no use to have overly flashy machines in your studio if you’re on a limited budget.

Instead of spending the money on something flashy, spend it on something with high sound quality. This will ensure quality sound recordings. Of course, if you are planning on performing live, you’re going to want something flashy and smooth sounding.

Finding the right one

So, just how do you go about finding the right drum machine? One way is to ask for recommendations from other music producers. Chances are, they already have a machine that they’re using and can let you know what they like and dislike about their device.

Another way is to do plenty of research. There are plenty of sites out there that will allow you to find your drum machine. Read about the pros and cons of each one. You may also be about to locate online videos that show you how each drum machine is used, which can allow you to see the various features and functions, which can help you make your decision.

If you’re looking to add beats and rhythm to your songs, one piece of equipment to invest in is a drum machine. Due to their popularity, there are plenty of them available on the market, so do your research and look at several different options before deciding what machine to purchase.