I’m probably going to spark some controversy among readers here, but let me tell you this:

Now, if you’ve been following my articles for a while you’ll have seen this tip and mindset pop up a few times already. I keep repeating it because I firmly believe that for most people, this is the best way to stay productive and make it all sound great.

Notice I said ‘most’ and not everyone… If I take a look around, It seems that quite a few people disagree with my workflow of splitting up mixing and producing. They argue that mixing as they go is good because they can create sounds that work within the context, aka they can make more room in the mix to fit in a sound. They say that they need things to sound good to get inspiration. According to them, modern music production takes on a different workflow.

While I agree that there sure are different ways to go about things, I truly believe mixing as you go will hurt your sound, your creativity and your productivity. Allow me to explain.

A long time ago, I started with music production. Let me tell you right now, I did not know what the hell I was doing. Sure, I had a pretty good ‘feel’ for composition, but didn’t have any theoretical or practical background. So I did what any kid starting in those days would do. I started to make music by layering take after take on an old tape recorder.

Shortly after I upgraded to one of those old ‘all in one’ Yamaha production keyboards. I’m talking integrated speakers, midi on floppy disks,… the works! The result, naturally, were numerous abominations that won’t ever see the light of day again.

The point is, I got into composing with absolutely no knowledge about how to do things. I just went with my gut and kept going. Same thing happened when I had my first experience with a DAW. It was Magix Music Maker and I was blown away. Gone were the days where I’d simply layered take after take. I could actually edit stuff now! Multitracks! Plugins! Wow.

Because of this upgrade there lay before me countless possibilities to try. All things I never, ever dreamed of would be possible in the comfort of my own home. This was premium high-end studio stuff right here…

Anyway, I digress. At this point, I was still learning so many things by myself that I didn’t consider it necessary to get some formal training. I kept making music and it all continued to sound better and better every day. So I kept doing things as I went and for a while, I was content with just messing around and doing everything at once.

Then there was one thing, really just one, that made my music better. I understood that I was losing heaps of time with every song, just because I was doing everything at once. See, I was recording, immediately editing the track, mixing it and moving on to the next track in the song. Then I’d go back to the first track, tweak the mix of and maybe even re-recorded it with the same mix settings applied. To make things worse, I’d even get drawn into applying some master bus processing while I was recording and mixing. Because you know… it sounded better at the time. And then I’d sin unforgivingly, by continuing to tweak the mix while the master bus was being EQ’d, compressed…

Can you see how all this eventually turned into an extraordinary large mess? At the end of a song I would be in a situation where maybe I could hear a problem, but there wasn’t a chance in the world that I’d be able to find where the problem was. It was one, huge, enormous, incoherent, cluttered mess. That was NOT working in a productive manner. I decided a change was necessary. I tried separating all the different stages and never once looked back.

Music production is teamwork. If you’re alone, you need to put on different hats, at different times.

In the old days, music production has always been done in sequence. Perhaps by necessity, but it also portrayed a good work ethic. There would be a composer who came up with an idea, an arranger who’d lay out the instruments, a producer to keep the big picture in mind and get the musicians together, the recording engineer to record everything, the mix engineer to mix everything after it was recorded and then finally a mastering engineer to finetune the mix.

These days, you’ll agree that most people making music need to (and can) take on all these different roles at once. But that doesn’t mean that you need to do everything at once.

In fact, doing everything at once will eventually lead to a big mess in your head (and in your music) because you don’t allow yourself to focus on what’s important at the time. You’ll get distracted. You’ll get frustrated. You’ll try to do things that, at the time, you don’t need to be doing yet. You’ll add sounds because you want your music to have a bigger impact, while you could also be making that big impact with the art of mixing.

You need a good work ethic and separation of roles to be able to focus your efforts.

I told you my story because, when I say things like “mix your music last” and “keep your production separate from your mixing”, or “record/produce, then edit, then mix, then master” – I want you to know that I’m talking from personal experience.

I know why you would think that this mindset isn’t the best for everyone and frankly, I agree. Possibly not for every single soul on this planet. I also really understand why you might think: “meh, this is bullshit advice, because it’s working for me. My songs sound good”. I understand because I was in the exact same position as you are now. I too had my head way too far up my own ass to think otherwise.

The only thing I am able to do for you, is give you some advice. That’s really the only thing I’m here for. I’m not telling you that you MUST change your workflow. I’m merely suggesting that you give it a try. I know from personal experience that once I switched into the mentality of keeping my workflows separate, the quality of my sound increased tenfold. As did my productivity. 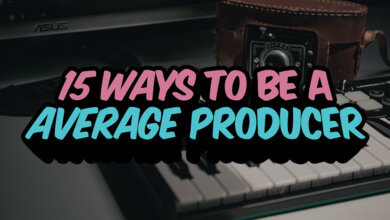 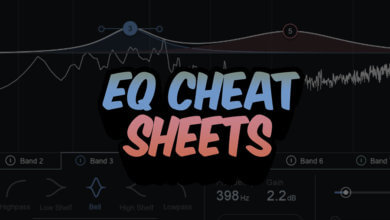 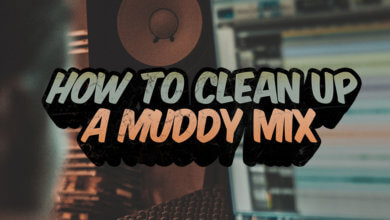 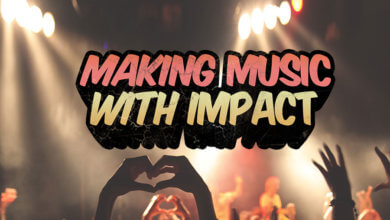 The Secret to Making Music With Impact